So we played live at The Dark Room on Saturday night, upstairs at The Giffard Arms (following a rockin' set by Dru-Amelia) and had an absolutely brilliant time. 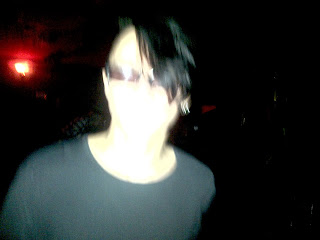 It's been a very long time since I've felt so confident and been so sarcastic on stage. I got the impression that we were playing to people that either loved what we were doing, or just didn't understand what we were doing at all. It was brilliant.Very friendly crowd, but obviously a few people that had never heard anything like us before.

We played a 45 minute set, including two songs that are really close to my heart: Fires Made Safe and Heatwave.

Ade (Mutate / Stray Dog City) recorded the gig so we might put out a song or two providing we didn't overload the recording (there was a serious amount of bass pumping out of those speakers).

Chucky Tsch (Crashback) played bass for half the set and did an amazing job considering she'd never touched a bass until a couple of weeks ago. No pressure, it's just that the bass is the lead instrument. No pressure at all.

This meant I could give a lot more energy and attention to the vocals which is always nice. 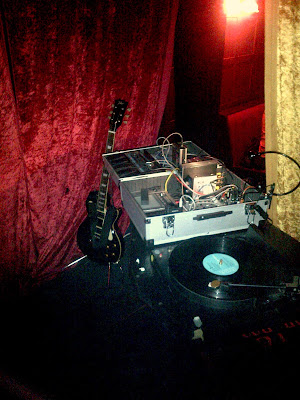 And then we did some booty-shaking to a few groovy songs and headed on home.
Not bad at all. 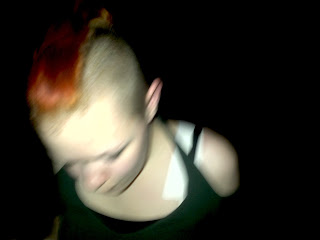 What next? Well, we have a plan to something a little different. We'd like to concentrate on our newest project entitled Crashback, a spin-off of the Mekanical Settings, which is intended to focus more on the soft, floaty, electrical, but also somewhat grimy and silly side of home-made noises. Less pounding, more seductive, if you will.

And now a word from Crashback (Sticky Stevens [also known as Milk Milk McKenzie and wanted in several counties for lewdness and smuggery] & The Chucktopus [also known as Manic Chucky Tsch], both pictured below) themselves:

"There are already two songs you can listen to online: The Crashback Song (alternative title: Keepin' it BN2 [or any other postcode that may seem appropriate]) and the Theme for Mr. Stew, an homage to our great hero, comedian (and man) Stewart Lee. We have had ideas for videos for both of these tunes, we just need to pause from eating popcorn for long enough to get them produced. As a teaser, our newest half-finished idea of a song has the working title 'Human Sandwiches'. 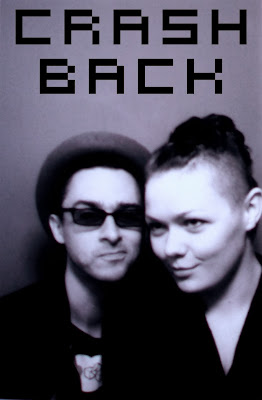 
The Mekano Set
Posted by Mekanoset at 9:04 pm Links to this post