You can make a map, but you can't show people the way : Remembering 2015 with The Mekano Set

I've just got back from my first trip to London in about four years. Wow. After a while you kind of feel that everyone has probably forgotten all about you. Was amazing to catch up with some old friends and trash a hotel room with Justine and Jewelly. OK maybe not trash it exactly but we certainly did leave a hell of a lot of dust and biscuit crumbs oh boy.

Batteries rebooted if not recharged, where are we, who and why?


What a mess. What an absolute brilliant mess. 2015 was about living - living in a way that I think I haven't in a long time: a lot of hiding away, listening to music, not worrying (or worrying less) about deadlines or trying to prove something illusive; trying to take a deeper look at what it is I'm trying to do, and once again making a more conscious effort to put the sounds that I want to hear onto the sonic canvas. But not just being locked away working on music, in a flood of cables and scraps of paper tattooed with coffee rings.


Our trip to Germany really drove the feeling home that Britain - England at least - isn't really doing too well. Up and down the country I'm watching so many unique places and nights get shut down or cancelled one by one - to make way for designer homes or coffee shops (seriously - how many damned coffee houses does any one town need????) or the same old tired retro events.

Bands existing in a pre-1980s time-warp peddling bland 60s rock-pop are the norm once again. The kind of bands that belong in tourist-trap bars and wedding parties are being hailed as the saviours of rock and or roll. It's all just a bit fucking tiring.

Germany: its streets aren't littered with shattered glass and bodily fluids and they play more than just the safest most commercial options in the bars. Can you imagine living like that? And I have to say Youg Fathers were incredible live. All you need is those guys baring their souls and the drummer with some huge kick drums. Awesome.

We played a handful of performances this year, each something different. At our best, every gig is an event because every gig is a little - or a lot unique. That has always been a big part of our genetic makeup: we're not predictable, we're not lazy. We once did a great hour long (soundcheck) set of upbeat noisy tunes to an audience comprising of Anarchistwood and Cowley Club heads in Brighton, and then did a fifteen minute, soft slow and gentle version of Don't Eat The Sweets as the main performance, and that was it. Because it felt right.

Pareidolia came out just at the end of 2014, so there was no new E.P. from us this year. However, in May we performed Water Flowing Up a Hill three times at the legendary Everyman Theatre in Liverpool; a new thirty minute piece specifically written Liverpool Light Night.

This was the first time we had really combined research, politics and adventurous sonics. It was a great opportunity to combine so many elements that bands nowadays can't often get away with: thirty minutes without breaks, thinly veiled polemic, no conventional beats or riffage.

Politics is not enough - it's doomed, it inevitably excludes and alienates someone, but it's there. How can anyone be apolitical in times like these? You are always signifying something, and a lot of the time it's out of your hands, but you can play around with it, and observe the results.

We also played gigs at The Gregson Institute and The Kazimier - another venue that has since closed down.

We finished off the year with a gig at Dumbulls: one of Liverpool's very last remaining underground, independent places.


It's easy to fall into a routine with gigs. I think sometimes we forget that we're not an Indie Band and while it's fun to go where you don't belong sometimes, it's not good to waste time and energy.

We have always struggled to find a way to present the sounds physically / visually. It's a side of things I'd kind of given up hope of ever sorting out. But it's become clear to me again that like it or not, the visual element is always going to be there: so you may as well play with it. 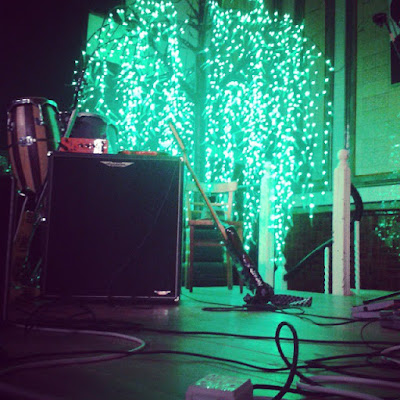 When we first started doing things live there was some debate about how we would go about it. One or two of us were adamant that they would in no way compromise: they would wear their dullest clothes on stage, they would not stand up whilst playing, they might not even face the audience. While we never tried to talk people out of this approach, it did make me realize that going down that road would probably draw more attention to them - not less.


We look at the last E.P. again now and I think it's fairly clear that our whole thing gets a little clearer, more distinctive and refined with every release. I have no idea what the next one will be like - or even if there will be a next one.

We were all massively pleased with how Matchmaker came out: something that combined three distinctive voices (my 'Gothic Foghorn', Chucky's lost-in-space and Arthur's fragile child-pimp-magus), with a hint of Cocteau Twins going on in the warped-tape reverb.

There is as-yet unreleased material from those sessions. I have been working on some new ideas plus we've been playing around with some different formats in collaboration with ME PRESENTS (including a 'wide-screen' hardback book) . A compilation is hopefully on the cards, plus a new e.p. entitled Imaginary Weather that will hopefully be released on the usual formats, plus on cassette!!! It's all about the titles.

But I don't want to rush things and it's healthy I think to give sounds time to evolve a little between releases.


I tell you one very important thing to say each time when longing come. You will say it first time and maybe notice nothing. Second time, maybe nothing. Third time, maybe notice something. Say: "I wish result of this my suffering be my own, for being". Forсe such as this have special results - makes chemicals, has special emanations. This saying can maybe take force from animal and give to being. And you can do this for many things for any denial of something that is a kind of slavery. - G.I.Gurdjieff


We also found time to indulge in other creativities between sessions, including our irreverent reviews and social commentary blog The International Cheese Fries Review: internationalcheesefries.blogspot.co.uk

Once again our web provider has failed to deliver - Mr Nathan Barnes a.k.a. https://www.yorhost.net - you'll be getting no more money from us and we advise against anyone using their services for anything online. www.mekanoset.net appears to be dead in the water - but we do have www.mekanoset.com and will be based their from now on.

There's still so much I want to do - there just aren't enough days in an hour. 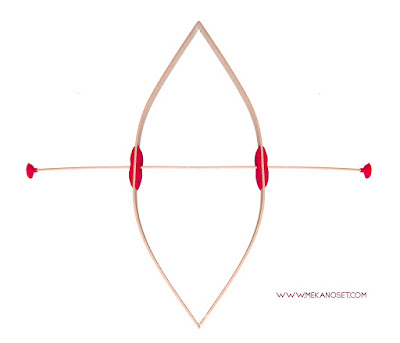 Posted by Mekanoset at 10:18 am Links to this post

Our website is down - apparently for good. www.mekanoset.com will be taking its place. Just got back from a wonderful trip to London (first time in three years??). Have a look out our instagram for some visual evidence of recent exploits.

Working on new material but trying not to rush.

We're still here. Hope you are too.

The Mekano Set
Posted by Mekanoset at 7:17 pm Links to this post