I MADE YOU A MAP

Feeling pleasantly wobbly and wasted. Having a black aspirin and a gluten-free bagel.

Had a great weekend visiting the family out in the sticks and the smelly little Welsh dogs. Proper decent gig on Saturday night - Ted Wildbillbuttock done us proud on the mix (did a better job than I did last time) so we felt nice and relaxed on stage (so I was actually singing rather than shouting lyrics at the drunk black clad masses this time). Got a few old punks jumping around and offended a few macho Metal boys which is always nice. Ate far too much and didn't drink enough. 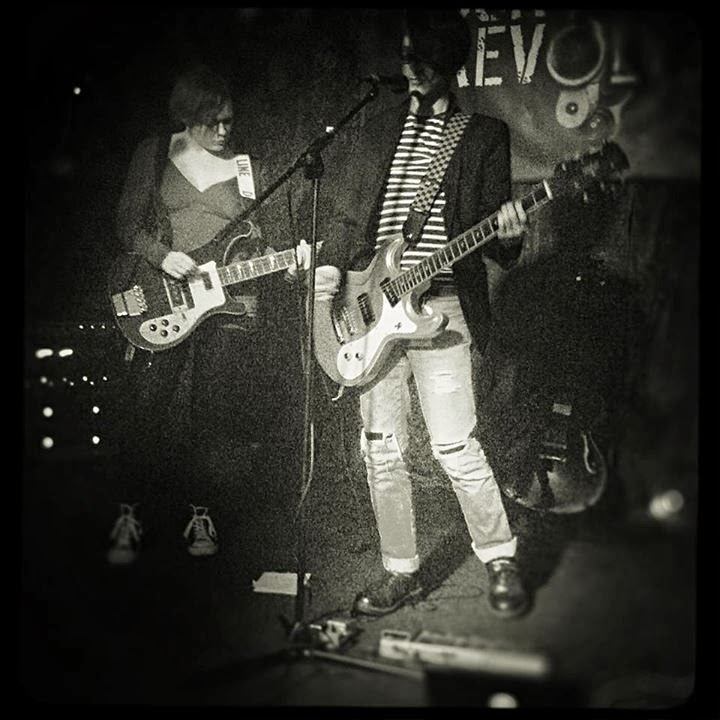 We played as a duo so the sound was a bit more stripped down and Shoegrimey. I managed to get my white-noise wah guitar sound back which was a pleasant surprise. And a splash of car-crash reverse-reverb baritone.

In other news, we have a new single out! I Made You a Map is out now via Pretty in Noise. 15 minutes worth of grainy baritone guitars, undulating sub bass and pounding beats. Flickering between disturbing and groovy.

I Made You a Map is a split single with fellow Liverpool / Euro centric sonic adventurers Onde Sphérique. It's a free download too!

Looking at some video footage and plotting out the week.

"The Mekano Set's latest track sounds quasi religious. They've transformed their "nihilistic electro punk nonsense" into something beautiful. It sounds like a gang of tripped out Cistercian monks playing with electrical tools and gently beating a radiator with a rubber hammer. Trust me this is something you need in your life."

The Mekano Set
Posted by Mekanoset at 12:40 pm Links to this post