"You've just come at the right time. We're having a bit of a party. Do you like... you know what?"

Some people claim their music can heal you of your ailments. Some people describe their music as entertainment. Those are bold and dangerous claims. Instead, I'd like to offer you a night of music that will both nourish you and make you feel slightly uncomfortable in your own skin. Served up with an extra-large portion of dry ice, drones, ritualistic grooves, minimalist complexity, and divine chaos:

With performance therapy from Mad Pride troubadours The Ceramic Hobs. They did it their way. And they still do!

Raw, fragile, ritualistic pop aestheticism from Vukovar: conjuring vast sonic landscapes out of the bare bones of an ultra-minimalistic Post-Punk.

And The Mekano Set plan to bring a mix of dark electrickery, drones, bass and soundscapes. Probably.

It's recommended that you buy tickets in advance as there's strictly limited capacity:

The last time we played with Vukovar the night almost got pulled. The bar staff were concerned that it was going to be some sort of dodgy Neo-Folk bash (Vukovar were performing with Rose McDowall who has worked with a variety of people on the Post-Industrial avant-garde scene).

Rose is a vocal anti-fascist. But I was a little worried that there might be one or two swastika lickers in the audience. The kind of “I'm not political but...” dudes who feel somehow duty bound to bore you to tears: they'll tell you how their SS uniform is actually a very expensive replica that was used in some film in the 1980s; they'll tell you that swastikas are a positive symbol actually, and that it's not cool that you spilled your drink over their expensive replica SS uniform, because it was used in this film that came out in the 1980s...). These dudes “don’t’ judge” but their Talking At You quickly tends towards over-population, how certain social (ethnic) groups are a burden on society and shouldn’t be allowed to have children, and how it’s a form of social injustice that women don’t go for Nice Guys like them.

You only have to take a quick look at our twitter or facebook to see where we stand politically, philosophically etc. Call a bigot a bigot, and steer well clear. You can't save them. Don't give them an inch or they'll make a dramatic mountain out of it. And then bar you from climbing it, or going round it. And then express outrage when you show no interest in wanting to climb or go around it.

And at the end of the day, we Anarcho Romantic Situationist Fourth Way Feminist Sonic Explorers do have more fun.

Anyway, the band and Rose were just incredible and the crowd were lovely. The night blew me away and I'm still not over it. As we all said at the time: why the hell isn’t this our Friday night out, every week?

It's been really refreshing to play with bands that are influenced by more than just the usual, unavoidable run-of-the-mill music. That's twice we've played Maguire's with bands that are doing something brave and eclectic (the night we played with Venusian / Cynthia's Periscope / OLA was equally inspiring); Bands that understand that Punk isn’t just about macho men with expensive guitars, and that experimentation can include melody and narrative as much as a lack of structure, objective or groove. Bands that have been a pleasure to work with at a time when we've been operating in uncertain times, on zero energy with zero confidence. Maguire’s just isn’t the right venue for it.

Vukovar work a sonic alchemy out of the minimum of ingredients: drums, bass, voices and a sliver or two of synth. Less gear than your average rock band. No effects. No massive amps. No vintage guitars.

Some bands have the ability to create or change atmosphere before they've even played a note. From the moment they start playing (or rather, take to the stage to the near-silence of equipment malfunctions). Something was happening. Something willowy and uncertain, with a hint of danger shining in the glare of a caged trouble light.

Musically, a band always seems to stand out when there's an element missing. Vukovar don't have a guitarist. They don't need one. With just one voice and two drums they conjure more atmosphere than your average band manage with an entire Shoegaze Starter Kit of several thousand pounds worth of bespoke, overpriced neo-vintage analogue gear.

Where most bands mine the Post-Punk period for elements that have become played out, tiresome and cliche' (the cargo cult of bluesy pre-punk guitar riffage, posturing, the leathers, the noodling folk metal guitar filigrees, the snobbyness, the panto-metal leanings of the worst Sisters albums etc.), Vukovar have embraced the mystery, the dynamics, the minimalism and expansiveness of Coil, Nurse With Wound, The Virgin Prunes, early Psychic TV and T.G. But crucially, they also lyricism and melody as elements to embrace as equally as silence, chaos, tension and release.

Vukovar are a coiled spring. The adaptability and intensity of the beat and bass - a real creative rhythm section (no plodding, no flash, no needless self-indulgence or unnecessary frills), such a rare thing nowadays. The raw vulnerability. Brutalism as mechanism for the generation of something sacred.

So continuing onwards and upwards (and two doors to the left) with the deep-cuts /leftfield / no-filler vibe: this next one is taking place in the amazing live room at 81 Renshaw! The room has a really excellent sound system and the staff always make us feel really welcome. So we're really looking forward to this one. 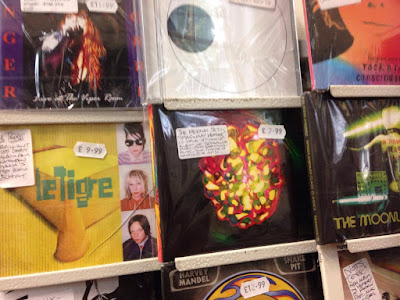 Spotted our CD in an genuine Record Store was pretty awesome. Next to Le Tigre no less! 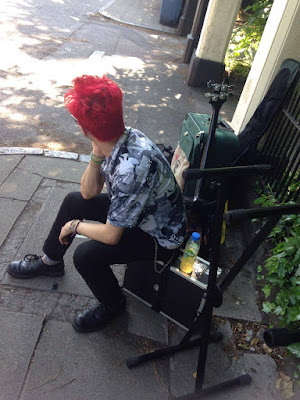 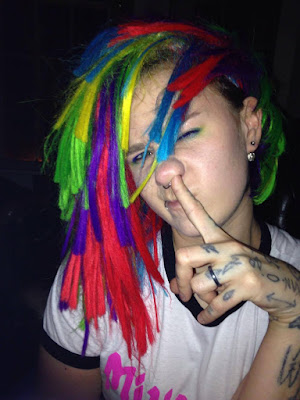 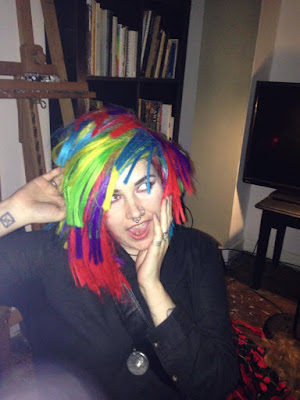 Posted by Mekanoset at 12:53 pm Links to this post