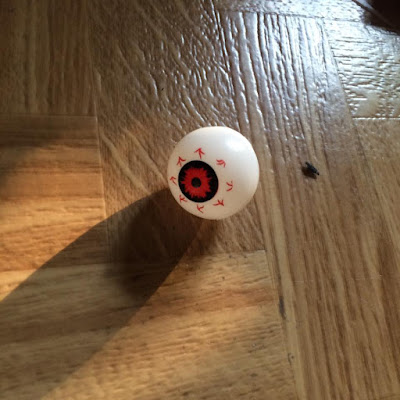 We're having a picnic on the landing outside the apartment we're renting. We're back in Berlin. We're on the landing because the keys we've been given don't fit the lock. The key fits, but the teeth won't work the mechanism.

We've all had a rough time recently, our collective impatience has no fuse. Justine is on the phone in negotiations with the landlord, her tone balanced between humor and hostility:

"You told Milk we could get access to the place from midday? I've been trying to get in since 3 pm? It's now 11 pm."

In reply, I hear the landlord say, real casual like: "What would you like me to do?" As if none of this is his fault. I picture the snake from The Jungle Book, coiling around a phone line. 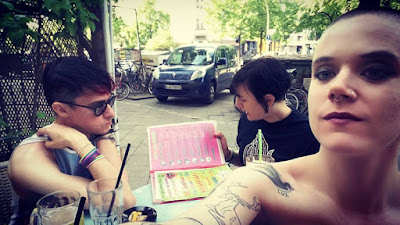 We Meks are a nomadic people. We're from everywhere and nowhere. We have come from across the globe in pursuit of the perfect dirty deep-space groove and we are always moving. Bands are supposed to be 'from' a place. But we're not a band, and we're not from anywhere.

We were going to Berlin, then things happened that meant we weren't going to Berlin. Now suddenly we're in Berlin. Sitting on the landing, we are reminded that in the life of The Mekano Set, nothing is ever straight forward.

I have a new song I want everyone to contribute to in some way: Everyone on the same song at the same time - something we've never done before. It's not realistic. But when did we ever care about realism?

We have very rarely all been in the same place at the same time. We once had five of us on stage at the same time, but that was an accident. We've had more members in the audience than on stage more than once. Some of us have never even been introduced. Anyway, there's no time, and not all of us are here, it's not going to get recorded today.

It is after midnight when we finally gain access to the apartment. It's another hour and a half before we have privacy.

By way of apology, the landlord offers us a tiny plate of antipasto. What we'd really like is a cold bottle of sparkling wine, and a locksmith. We'll settle for an absence of men we don't know coming and going.

The landlord suggests we find somewhere else to stay for the evening. From the table where we have arranged our warm beers and flight cases, our collective gazes suggest he leave, which he does, through a hole in the floor.


(NOT LITERALLY) AN EYE FOR AN EYE

The sound we're looking for is something akin to a satellite, picking up random radio signals, drifting further and further out into interstellar space, gathering dust and debris.

I frequently find myself wanting to make references to escape plans, maps, escape routes secreted between rooms, between buildings. I think 'I Made You a Map' was the best idea I had. Just the title.

Liverpool still has a little mystery to it. It doesn't quite conform to the maps. Berlin is the same. We are drawn to places with uncharted territories because we don't like the idea that everything has been quantified, understood, answered. The questions are more fun than the answers. The answers never quite satisfy. And nor should they. 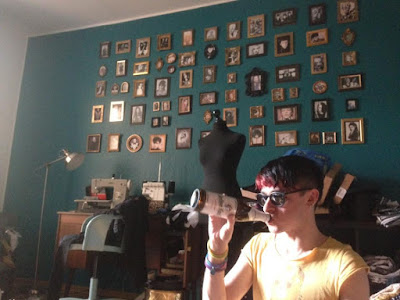 Throughout our stay we keep seeing and hearing references to eyes and teeth. To the point where it stops becoming interesting and starts to get annoying. I try to think of 'an eye for an eye' in the sense of giving up on a closed view (accepting answers to mysteries), and opening up to a wider view (observe without making assumptions; get energy from the friction that creates where your brain itches from unanswerable questions).

We're talking about this when we look up to see that we're standing outside a record store called Oye. There is a tooth graffed on the wall. We carry on walking and pass tooth after tooth, eye after eye, on posters and signage, in songs and in books outside second hand stores.

Gurdjieff talked about the idea of giving up the materialistic view of life for a more objective, energetic view. Not sure about the teeth though. Food for the spirit as well as the body? Germany has the best wheat-free foods, and they play more than just mainstream music in the bars. So that's good eating on both counts.

Berlin is warm. The sun is shining. The people are relaxed, the streets aren't strewn with bodily fluids and shattered glass. Our frazzled attitude seems anachronistic. We don't have a lot of time. We find Madame Claude's bar, one of our favourites. I have new material to finish, but life has gotten in the way. Everyone is entitled to a holiday. 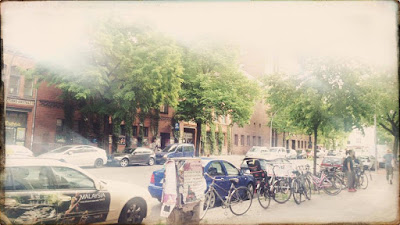 We sit in the park again, reminding ourselves that we have itchy feet, we're hungry for more, our eyes want new sites.

All too soon we have to go our separate ways once again. It's too warm. And then there is a storm. And flights are delayed AND we're too early. And when I get back home, in the morning my coat is still wet with Berlin rain.


"Path within, signposts without." Whitley Strieber, The Key.
Posted by Mekanoset at 8:37 am