The heat. It's like a pervert, staring in through your window, trying to catch a glimpse of you just in your socks and vest and pants. 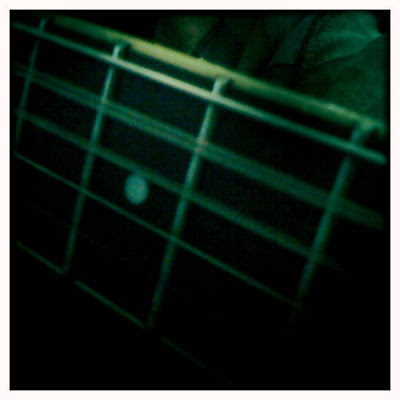 We've obtained permission to get the video for You're The One Who Started It back online http://www.youtube.com/watch?v=wGKGEL5c31s

Also, you can have a listen to a new idea we've been working on, still a work-in-progress, at http://soundcloud.com/mekanoset/ we started it with a view to making some kind of gentle, almost cheerful song but it inevitably went down the road of spiteful electro stomp. We like the fact that the baritone ended up doing the Chameleons style guitar thing.

Had a great time at Cowley Club Wednesday night. Nigel (of John Table / Reel to Real / fame and early Mekano Set instigator) came down and I basically talked his and Jo's ear off until god knows what time. Possibility of working with Nigel again in the near future is a very good thing schedules permitting and I'll hopefully drag him along to the next Wrapped in Plastic (who are now called Blindness) gig in July.

Abstinence and Sensibility did a new piece. A film / video and live soundtrack. That's sort of our 'thing'. We used accordion, melodica, bass guitar, some reverse reverb piano and I even felt brave enough to do some live looping. I did some singing and bass loops which felt really good. We're taking it up to London for the Hoxton gigs. This week we've also done some more work on the videos for You Make Me Feel Like a Smiths Song and Don't Eat the Sweets. And I'm hopefully meeting up with nomadic troubadour Sahara Ezzi next week.

What's happening? What's occurring. It's all going on down here in Brighton. Behind the scenes...

Some live dates for the diary:

In other noise, there's no more copies left of the last CD, well there is two left but I'm keeping them in my bag for emergencies. We're putting out some sampler CD's of material from Hahaharem (the much unanticipated second 'album').

If you've already placed an order for the CD / DVD Watershed set we'll probably chuck in a copy of Hahaharem as it seems to fit the overall groove and style of the thing. We still only intend to produce about 20 copies as the packaging will contain high quality, hand-printed lyth photography. And we're not interested in doing a bog-standard boring version, we don't buy that stuff so why would you?

As it stands, because of issues over the filming of a couple of gigs we did with Sahara Ezzi (nobody asked our permission, or hers) we had a major rethink over the contents of the DVD. The good news is, we have more material than we can fit onto the disc.

We definitely plan to include Train of Thought, the short film I put together with Jo (BeatnikSoup), and the Tyre film (actual analog film, no digital electrickery involved) we made in collaboration with CrackerDog Productions / Elementary Productions.

More later, the heat's getting to me.

Video by Elementary Productions. Filmed by Ruse23. Miss Ezzi's wardrobe by SolventBoy. Music and words by Milk & Sahara © 2010 Elementary Recordings / DesertSpoon Discs. With thanks to Lee Christien, BeatnikSoup and Al Neilson. Reproduced with permission.
Posted by Milk (The Mekano Set) at 6:09 pm