Electro-rock. Drum machines, dirty guitars, bass riffs, boys and girls staring each other out to find out who makes the least sense. You should probably stay at home.

This Friday, at The Hope in Brighton.

If you want to know more:

THAT'S A LITTLE TOO CLOSE Having spent most of the week in bed, a remix for smoldering electro-rockers Little Specks of Blood Lust Blood has finally given me reason to get up and get to work. The song is Come Closer and I'm doing a mix I'm calling 'That's A Little Bit Too Close'. Haha.

Ruse recommended them with a smile and as soon as I saw them I got it.

They're a duo. They both loop and sample themselves live. Allan has a 'tarantula-top' style haircut, (my favourite hairstyle) and Helen makes you want to use words like Smolder and Dusky Beauty. But they're not Electro, they're not Trip-Hop and they're not a studied or contrived Synth-Pop duo.

They're actually proper Rock / Metal in terms of their arrangements and rhythms, at least to my ears. Putting a serious twist on that by doing it as a duo, with live-loops and live samples (which I can say from experience is really NOT the easy option). I like what they do because they're not trying to weld it to Trip-Hop or DnB. Nice.

It's only when you see them do it live that you really appreciate what they're about. We're playing with them at The Hope in Brighton Friday 6th August. So that means smoke machines AND video projections too. Oh yes... 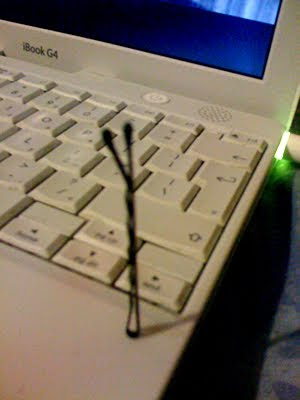 "The band got pissed off, turned the smoke machine on full blast until you literally could not see your hand in front of your face and left after one song! Brilliant!" "Why do the monitors sound like old detuned radios?"

It's all true - although it was only me that got pissed off (very) at the gig he mentions. I'm proud to say we did completely flood the place with smoke (it looked amazing) and left the building in disgust after one song.

The contentiously titled Dirty Hand Job was one of the first Mekano Set songs. It was written right about the same time as Don't Eat the Sweets.

There is a version with Beth Rettig (from the band Blindness) but we never quite got the mix right and it only ever really worked live (in the sense that we enjoyed playing it and also enjoyed the fact that it always seemed to offend and confound people more than our other songs - and not because of the title, we never told anyone the title).

When our equipment was up to the job, we'd stretch it out and improvize around different sections. It often featured a 'beating up a guitar' solo or a 'Beth goes to the bar for a round of drinks' solo amongst other things.

The song is 90% snipe at the "bad dance music made by people who dance badly" EBM / Techno thing and 10% "we've got more imagination, we make more noise and say more than the snooty 'we're not goths, we're special spooky nazi robots' would ever dare."

Now You Know You Know is from this year. It's obviously about how important it is to make yourself look stupid when you're around someone you're really into. 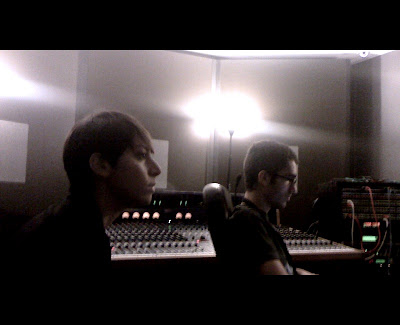 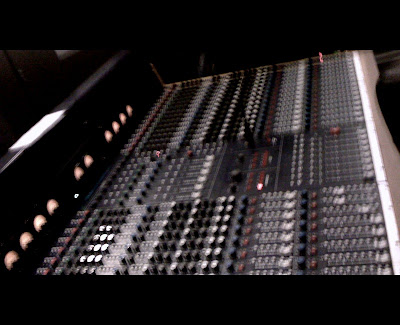 Met up with Sahara and Nigel. Ambled about Brick Lane in the blaze. Hung out with Jo and Nigel over the weekend. 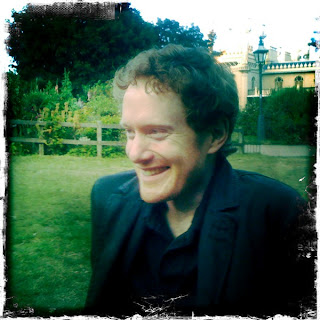 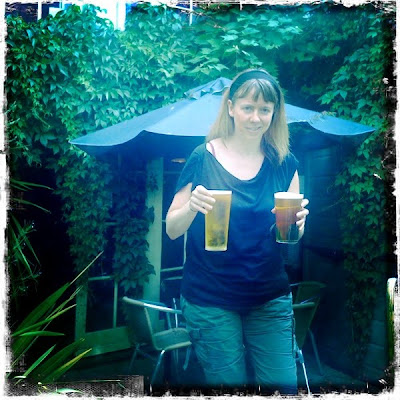 We're doing something a bit special next Sunday: me and Jo will be playing at Queen of Hoxton at the 15 Minute Factory festival. It's an all-dayer, our contribution will happen after 7pm, downstairs (video projections + live soundtrack). These things are a lot of fun -

We've also bribed Nigel into joining the Meks for the Hope gig in Brighton on Friday 6th August with the wicked Little Specks of Blood Lust Blood! For those of you who don't know - Nigel played guitar and synth on the early recordings (those mental noises on Reel to Real are all Nigel's work).